What is the need for carbon reporting?

Signed in 2015 by 200 countries, the Paris Agreement said that the world needs to be net zero by 2050 to limit temperature rises to 1.5 degrees. By 2030, greenhouse gas emissions need to be reduced by 45%. To achieve this, countries must eradicate, eliminate, or offset their greenhouse gas emissions. Now there is increasing pressure from both governments and consumers on businesses to achieve this. Increasingly businesses need to be able to identify areas where they can reduce their carbon impact. For them, carbon reporting is the way forwards.; by putting a value on carbon- it provides a standardised metric that allows business to assess their impact and compare the best practices to reduce it.

Putting a cost on carbon

But what actually is carbon reporting? And how do we put a cost on something so ubiquitous as carbon? Well, it is already taking place around us, everyday!

Under legislation introduced in April 2019 (SECR), over 12,000 businesses in the UK will now have to report their greenhouse gas emissions as part of their end of year accounts.  The UK is part of the EU emissions trading scheme, which runs as a “cap and trade” system.  Countries are allocated EUAs (European union allowance) which represents a metric tonne of carbon dioxide, known as a carbon credit. Countries who stay below their limit can sell their credits, while countries who go over their limits must purchase more credits. This is known as the compliance carbon market, and it is designed to limit carbon production across Europe, by providing companies with an incentive to reduce their emissions output.

Increasingly, carbon is becoming a currency that is rising in popularity. It is a quantifiable, standardised way to measure the environmental impact of a country or business and provides reliable information to consumers about the products they are buying.

For businesses, reducing their carbon footprint will be necessary going forward, to ensure the UK stays on track to meet its commitment to keeping temperature rises to 1.5 degrees. This may involve trading on the voluntary carbon market by purchasing “offsets” from other businesses or green schemes in order to offset their emissions produced.

Although smaller than the compliance carbon market, the voluntary carbon market is only expected to grow heavily as countries place greater emphasis on reducing emissions. By 2030, it is anticipated to reach $50 billion, according to McKinsey. Buying carbon will become more expensive. The idea behind this is that companies should be addressing their emissions from the root cause- it is not just enough to offset; they should be preventing emissions where possible. With the increasing cost of carbon, eradicating, rather than offsetting, will become increasingly important to business’ bottom line. According to McKinsey, “the very exercise of setting carbon-reduction targets can be an important step for organizations; it presents both risks and opportunities to create value from decarbonization.”

Carbon reporting is the future…

This is where carbon accounting comes in. Carbon accounting is the process by which organisations measure how much carbon dioxide equivalents they emit. A process or system is converted into equivalent metric tonnes of CO2, which makes up the company’s carbon footprint. The process is broken down in to three “scopes”.

So you’ve measured your carbon impact, now what to do about it?

Addressing the different scopes of emissions is key to any organisation’s sustainability policy. Scope 1 emissions are often seen as the “low hanging fruit”- reducing scope one emissions is the simplest, quickest and most direct way for a company to address its carbon footprint. Reducing scope 1 emissions  often produces flashy, instant results- that often appeal to consumers.

However, scope 1 emissions often only account for a small percentage of the total emissions from a company, and while the results appear to be making a difference, it is only makes up a small proportion of what companies could be addressing. In contrast, scope 3 emissions can make up the largest part of an organisation’s carbon footprint, representing as much as 70%.

So for organisations to make real change, they must address their scope 2 and 3 emissions. According to Deloitte, businesses looking to adopt best practice (when committing to achieving net zero) will commit to tackling Scope 3 emissions as part of their plans. But this can be costly and time consuming.

Scope 3 emissions are not under the direct control of an organisation, often occurring because of upstream or downstream activities. As a result of this, they are also difficult to measure and quantify. While it is easy to see the effect of all those takeaway coffee cups your workplace canteen insists on using, it is not so easy to measure the impact of a flight across the globe for another international meeting.

But many organisations are failing to recognise that many of their scope 3 emissions can easily and simply be addressed by introducing virtual ways of working into their business. Many of the scope three emission sources- air travel, commutes, transportation, waste- can all be easily reduced. Seems too simple to be true?

So why are businesses not doing this? The problem is the lack of data. Businesses owners and leaders have no gauge of the impact of switching to virtual without quantifiable results. This is where carbon reporting comes in. By reporting on the carbon cost of training, leaders don’t just hear about the sustainability benefits, they can see it in the form of a measurable result.

Back up the claims with action

So it is all well and good for businesses to understand their carbon impact, and to set targets to address their  emissions, but how much of it is actioned?

According to Greenpeace, the ethical spending market is now worth 122 billion dollars. Now more than ever, it is important for companies to be addressing, updating, and meeting their ESG targets in order to meet with the growing demand for sustainable business. “Companies are recognizing the crossroads before them. They know ESG matters—not just to better equip themselves to comply with the law and mitigate risk—but also to more effectively compete in the global race to attract and retain customers, investors, and top talent,” said Preston L. Pugh, co-lead of Crowell & Moring’s False Claims Act Practice.

However, the growing interest in the ethical spending market has led some companies to exploit this to boost customer engagement. In a process called greenwashing, companies use the growing interest in sustainability by harnessing bold claims so as to present an environmentally responsible image. Companies may set ambitious ESG targets- but how much of it is hot air? According to the ESG survey, 78% of companies identify and adopt environmental performance goals, but fewer than half of them actually measure their performance against these goals, and a study by ICEPN found that 40% of company’s claims about sustainability were misleading, or they overstated their impact on the environment.

Greenwashing creates a need for data

Greenwashing has led to widespread mistrust among consumers, impacting even those businesses who are genuine in their claims. Nearly one in two consumers either do not know what commitments businesses have made that they can trust, or simply do not trust businesses on climate change and sustainability issues. Consumers want to be able to trust that the company is truly making a difference- and to see the evidence. Think back to your last shopping trip- your favourite coffee brand says it is sustainable, but wouldn’t you be more likely to believe it’s claims if it had a figure or measurable fact to back it up? In fact, in a survey by the carbon trust, 2/3 of customers supported the idea of a recognisable carbon label to demonstrate products have been made with a commitment to measuring and reducing their footprint. They want to see the stats behind the claims.

In the virtual world, carbon reporting is essential for stakeholder’s confidence. By putting a carbon value on training, it backs up the claims with evidence, meaning companies have trust in their investment, and ensures they can actually measure the impact it is having.

Besides this, it provides real data that companies can use-  ensuring that their targets are more than just claims- they are being evidenced. For, many it is not enough for companies to say they are making a difference needs- they need to be able to quantify it.

It is becoming increasingly important for sustainability policies to have a value. When it comes to implementing virtual training in to teams, one of the greatest obstacles is a lack of data. In a world of where carbon is becoming ever more significant, there is a greater demand for companies to be able to see their impact in terms of a quantifiable result for the trust of stakeholders and consumers, and for companies to measure and assess their own impact. 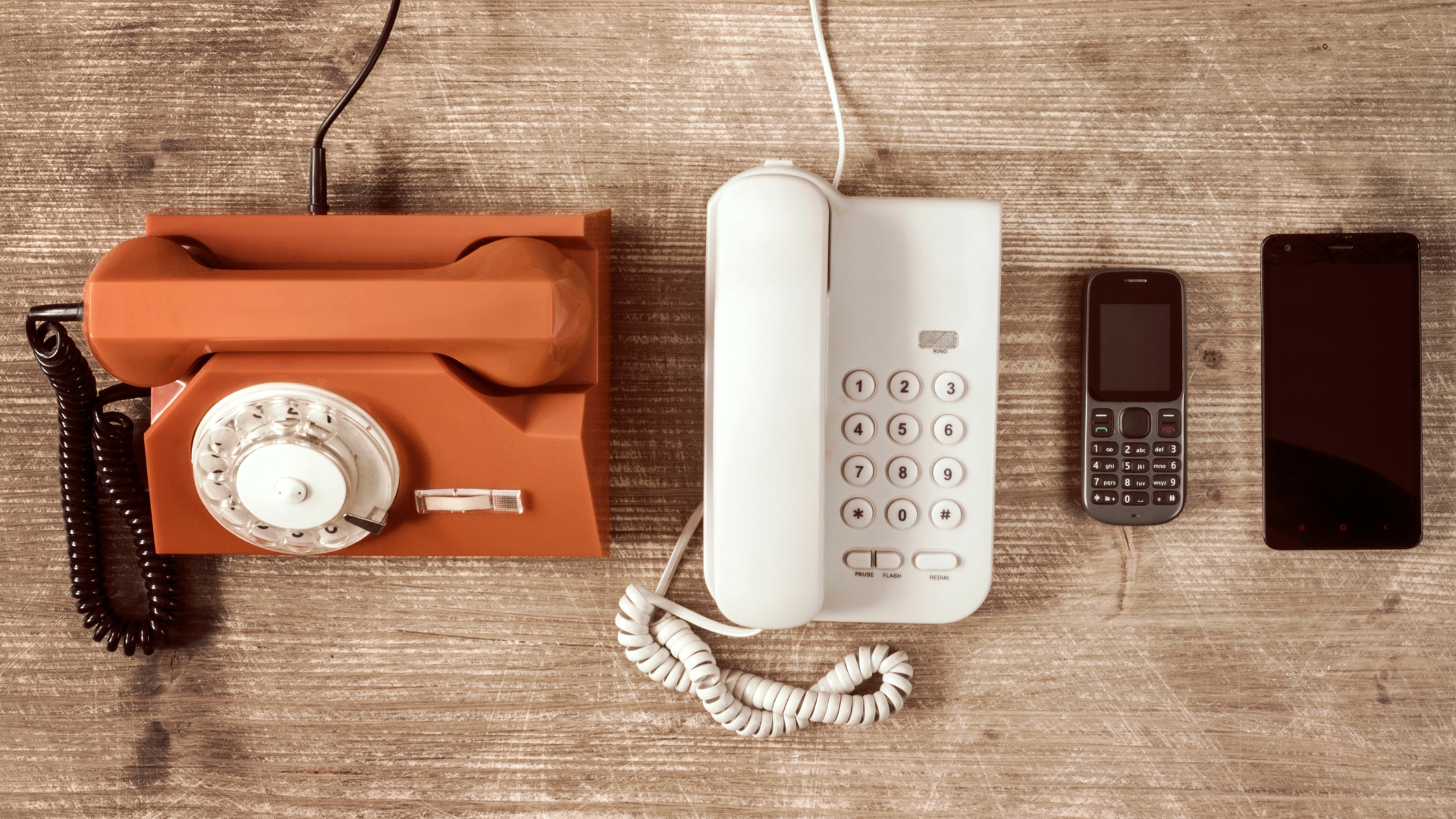 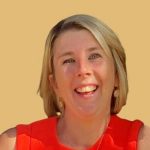 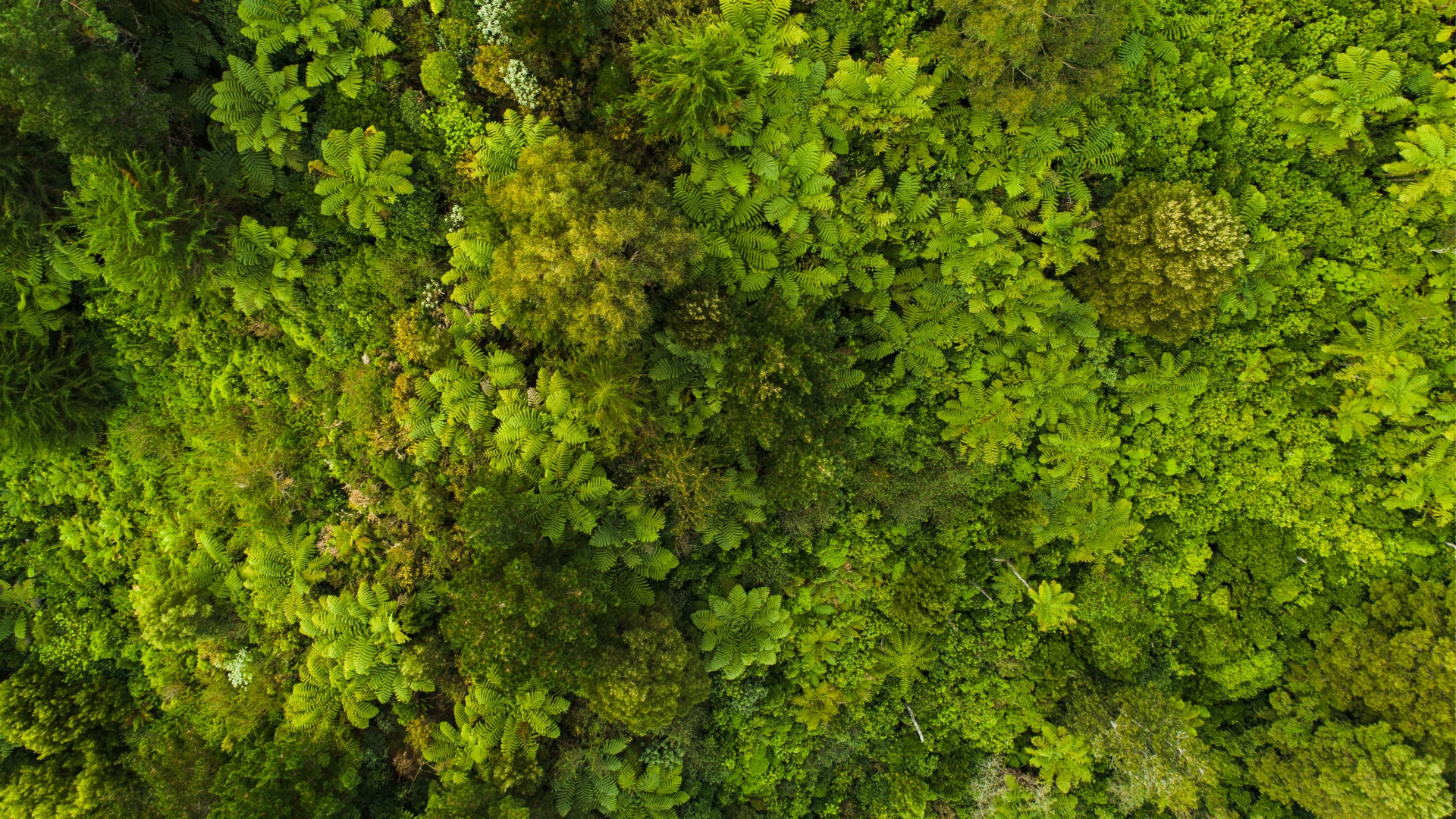 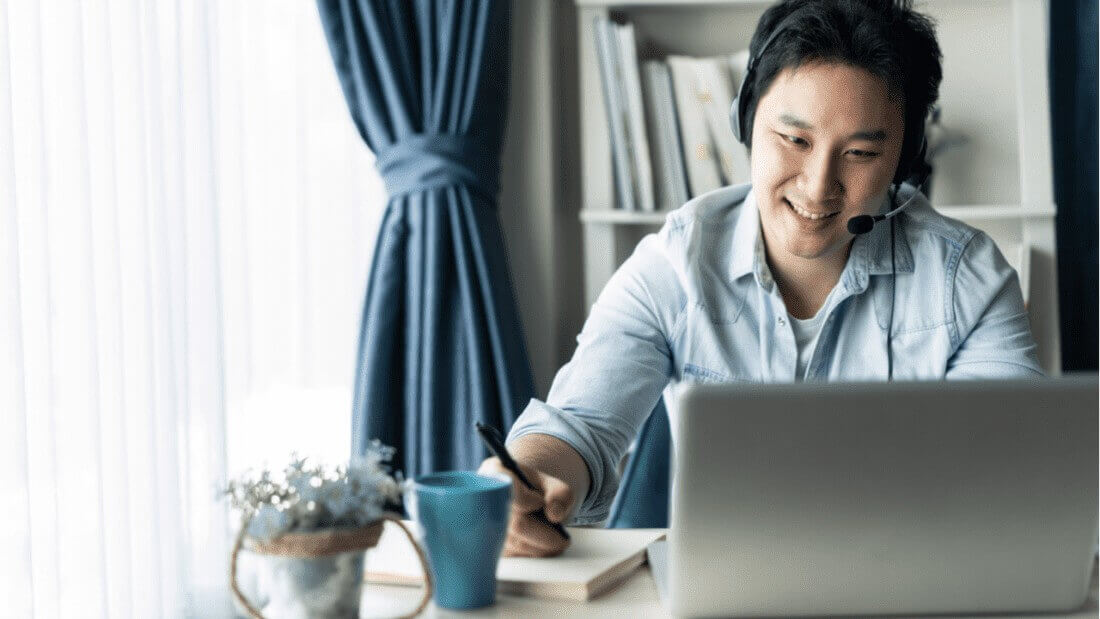 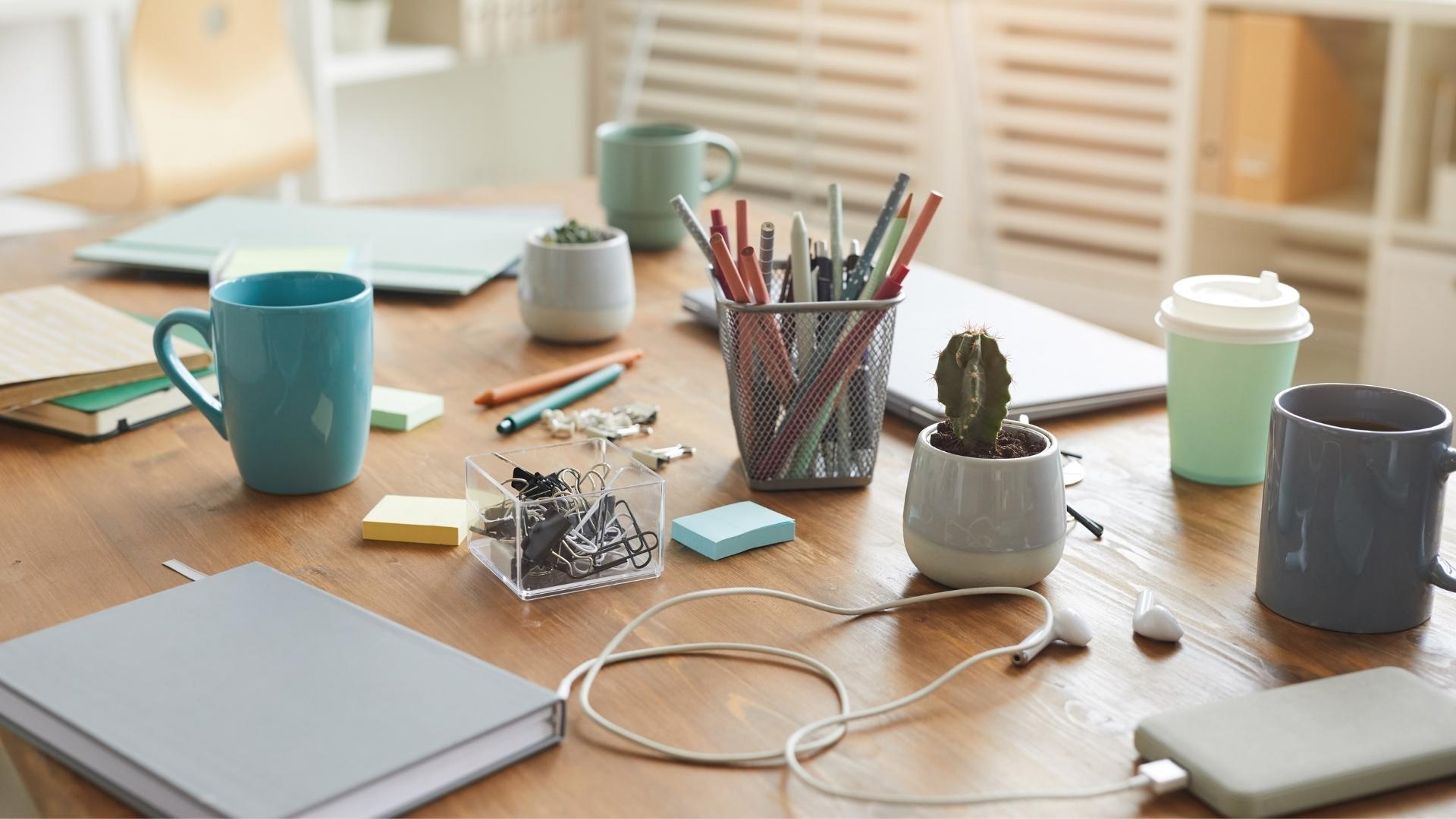 Isn’t it about time you got remote working right 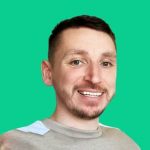